This guide serves as a Python tutorial for beginners. It also contains links to other useful resources and installation guides 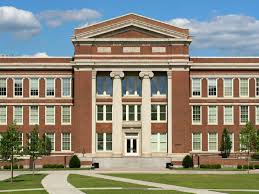 Python is easy to learn, and the syntax (structure of commands used) is very intuitive. This allows the programmers, developers, and researchers to accomplish complex tasks with ease. Python supports object-oriented and functional type of programming as well.

Applications of Python: Click on the link to see the many application areas where Python is used.

Python is supported on all the major operating systems:

For more help on the python installations, please visit the following links of the respective operating systems.

After installing Python, you will need a text editor to write the Python scripts. This text editor helps to write long scripts with multiple functions and save them (with a .py extension) for future use. Though Python scripts could be written in any text editor, there are some preferred ones. The list of all available text editors for Python can be found at: https://wiki.python.org/moin/PythonEditors

Installation Guide for Anaconda Distribution and (or) Jupyter Notebook

1. Anaconda is supported on all the major operating systems. It installs Jupyter Notebook alongside Python, IPython and other commonly used packages for scientific computing and data science. Installing Jupyter Notebook by Anaconda installation is highly recommended for new users.

Prerequisite: Python 3.3 or greater, or Python 2.7 and pip