An IGO has international legal status that may include privileges, immunities, rights and duties that are in turn based upon its founding charter or statute. As such, an IGO can enter into agreements with other IGOs or with states. An IGO usually has a legislative body which creates legal acts (decisions, resolutions, directives, etc.) which may bind the IGO and its member states under international law. Most of these legislative acts do not supersede national law (except in the EU). An IGO may have a dispute resolution mechanism or body which is empowered to resolve disputes among its member states. The IGO may have an executive body (such as a secretariat) which facilitates the operations of the IGO.

The best known IGO is probably the UN but there are thousands. Many IGOs issue publications and documents that may be of interest to the legal researcher: founding documents (treaties, charters, statutes), treaties where the IGO is a party, legal acts, proceedings, documents issued by the IGO's legislative body, and decisions of the IGO's adjudicative body. 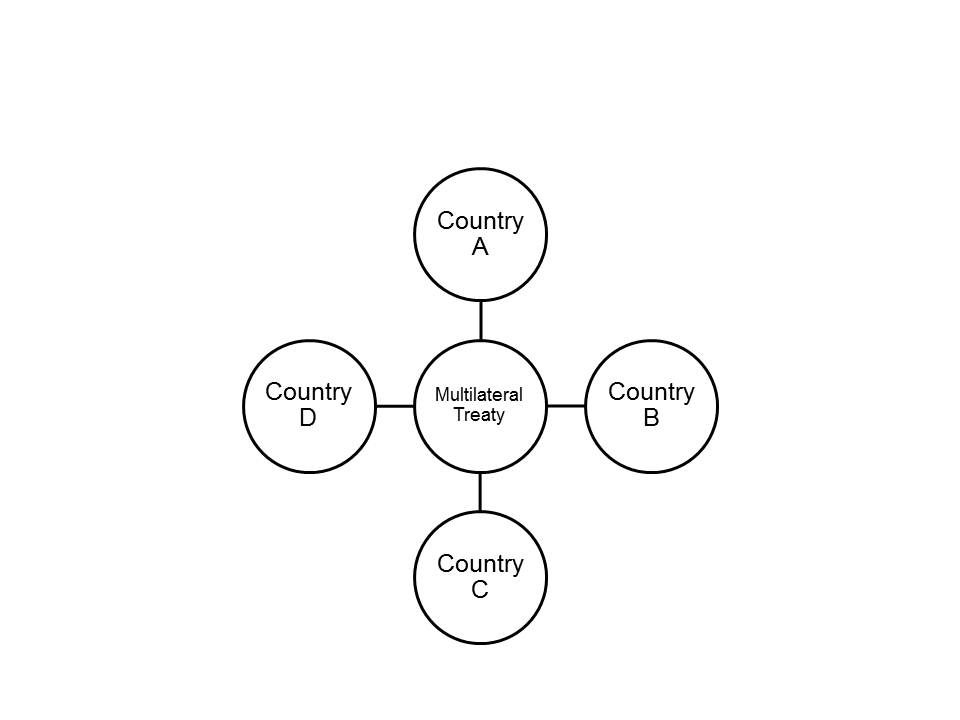 The above diagram illustrates four countries (A, B, C & D) forming an IGO through a multilateral treaty.

Typical Structure of an IGO

IGOs usually have a governing structure that includes a small executive council, a plenary assembly in which all members are represented and that plays a role similar to that of a parliament, a secretariat that performs the day to day administrative activities of the organization, subsidiary organs that perform special functions and report to the executive council or the parliament, and sometimes a court or tribunal.  They can be classified by their geographical reach and their function, e.g., human rights or development.  The UN, for example, has a general global responsibility.  But there are other organizations that have specific global responsibilities such as the World Bank Group or the Food and Agriculture Organization.  There are also regional organizations with general and specific responsibilities such as the Organization of American States, the African Union or the Andean Community. 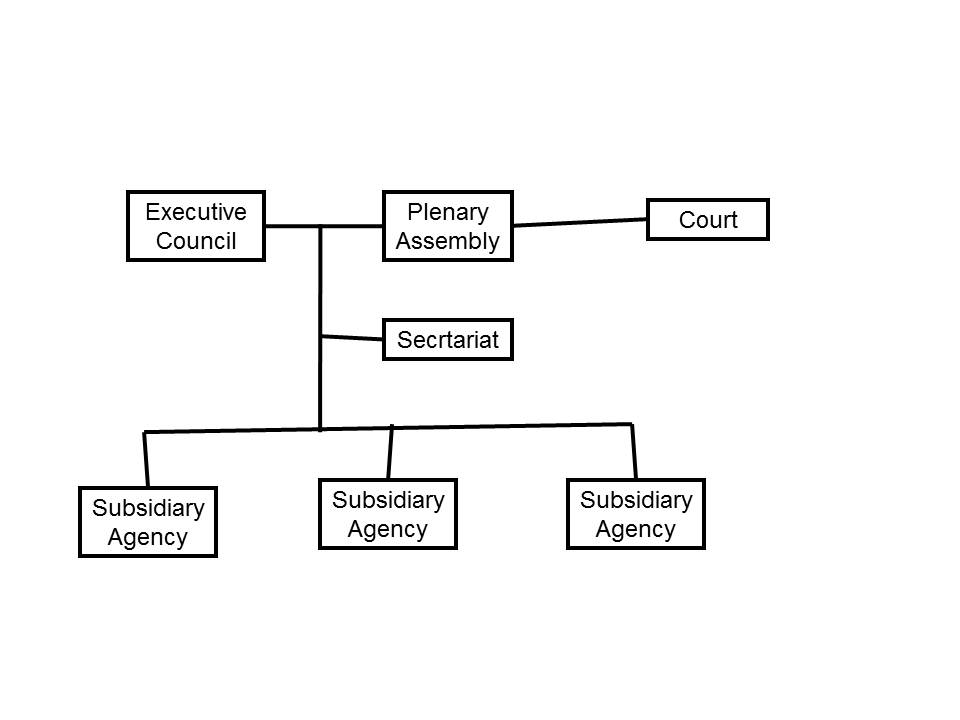 The above structure diagrams a typical governing structure consisting of a small executive council, a plenary assembly in which all members are represented and that plays a role similar to that of a parliament, a secretariat that performs the day to day administrative activities of the organization, and subsidiary organs that perform special functions and report to the executive council or the parliament.

The easiest way to find more recent documents associated with an IGO is to find their website. Now, with an organization like the UN, this is a lot more complicated than it sounds. We could actually have an entire class or set of classes on researching the UN. How do you find the IGOs? Of course you can Google them. There are some lists out there that can help out.