This guide is primarily developed in support of the course ENGL 3025: Writing Historical Fiction.

This guide is primarily developed in support of the course ENGL 3025: Writing Historical Fiction. It outlines elements of research and provides links to resources and research tips.

While many suggested resources are available online, please note that research for historical fiction may require using print resources, visiting libraries and archives, and conducting personal interviews and research consultations.

Pre-research the Period and Location

Search tip: Do a keyword search; for example, Berlin Wall

Limit to publications from a certain period

Where to find them

Library catalog and suggested databases (scroll down for lists of databases).

Study details of the period

Where to find them

Search tip: To find images in the library catalog use the following keywords:

created at the time of your story.

Where to find books

Where to find newspapers

See "Digital Maps" in the Geography & Environmental Science Resource Guide. May of the maps listed there are historical.

"...certain aspects of language can detract from the seeming authenticity of the characters’ words, and these include both archaic or “difficult” language, and anachronistic language or ideas, both of which, in their different ways, can throw the reader out of the illusion the novelist is trying to convey. "
"Ancient or modern? Language in historical fiction" by Carolyn Hughes/

See also “Find personal accounts” and “Look at books/media created at the time of your story.”

Wikipedia is great for this! Libraries have even more resources.

Databases for Finding Details of the Period

The Library provides networked access to many more full-text, primary source databases than can be listed here. Others may be located through the Library Catalog and Databases, which contains an alphabetical list of online resources related to Language and Literature.

Secondary sources will also help you identify social issues of the period.

"How to Do Historical Research for a Novel by Claudia Merrill.

"How to effectively research historical fiction" by Kat Clay.

Get Help With Your Research 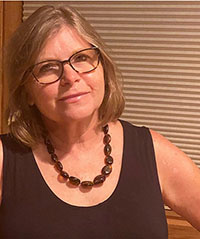