Skip to main content
It looks like you're using Internet Explorer 11 or older. This website works best with modern browsers such as the latest versions of Chrome, Firefox, Safari, and Edge. If you continue with this browser, you may see unexpected results.

The purpose of this guide is to help you find the texts of treaties and, in some cases, the list of the countries that have signed or accepted a treaty along with their reservations.  The guide is focused on collections of the treaties themselves.  It has separate sections for regional treaty collections and  secretariats.  This last point is often overlooked by those new to treaties.  But nearly all multilateral treaties need an organization to act as an independet administrator of the myriad of things that need to be done behind the scenes to support the functioning of the treaty.

Treaties may have any of a number of various titles such as convention, agreement, pact, protocol, or covenant.  But they are all the same; those terms do not indicate different types of treaties.  A treaty is an agreement between two (bilateral) or more (multilateral) nations.  The definition and rules on treaties are in the 1969 Vienna Treaty on the Law of Treaties (VTLT).  Its says that treaty "...means an international agreement concluded between States in written form and governed by international law, whether embodied in a single instrument or in two or more related instruments and whatever its particular designation."  (VTLT, Article 2 (1)(a))

Various nations have different ways of demonstrating their consent to be bound.  Some do so by signature alone.  Others require that a signature be confirmed by ratification such as our requirement of 2/3 approval by the Senate.  Some exchange instruments, i.e., treaties to be bound by another treaty.  Some do so by one step, accession.  But all of these mean the same thing: "the international act so named whereby a State establishes on the international plane its consent to be bound by a treaty;..."  (VTLT, Article 2 (1)(b))

There is much more to learn about treaties, their formation, application, interpretation, and termination.  You can find this information in nearly any comprehensive general introduction to international law or in many specialized books.  You can find them in our catalog, UCLID. 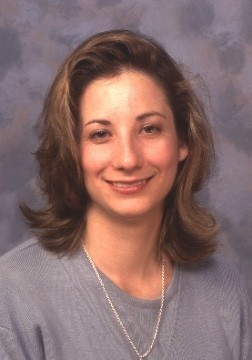