Library and Internet resources in the area of German Studies.

The German Studies Collection at the University of Cincinnati

The purpose of this guide is to provide an overview of the German Studies collection at UC and provide easy access to the resources and services.

The emphasis of the collection is on German language, literature, and culture of German-speaking countries of Europe, as well as of the German element in the United States. Germanic languages and literatures other than German are covered at the basic information level.

The collection covers all historical periods. The library materials acquired most often are monographs, series, society publications, and journals. Many journals are available online and we are beginning to add e-books to the collection.

In the past few years we have developed a collection of German film, which includes motion pictures, documentaries, books, and periodicals. 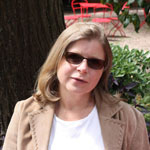