How to use this guide: Voting Rights

“My dear friends: Your vote is precious, almost sacred. It is the most powerful nonviolent tool we have to create a more perfect union.” – John Lewis quote on voting, 2012 speech in Charlotte, North Carolina

“If white American women, with all their natural and acquired advantages, need the ballot, that right protective of all other rights; if Anglo Saxons have been helped by it … how much more do Black Americans, male and female, need the strong defense of a vote to help secure them their right to life, liberty and the pursuit of happiness?” — Adella Hunt Logan, author, Tuskegee Institute professor and member of the National American Woman Suffrage Association

5-Minute History of Voting Rights Since 1965: The Voting Rights Act was signed into law on August 6, 1965. We're still fighting for fair and equal access to the ballot, 54 years later.

In this civics lesson, Jamelle Bouie—New York Times columnist and political analyst for CBS News covering campaigns, elections, national affairs, and culture—explores the history of the right to vote in America and answers student questions. Where does the U.S. Constitution protect the right to vote? What role did the constitutional amendment process play in shaping voting rights? What has the U.S. Supreme Court said about the right to vote over time?

Gerrymandering, in U.S. politics, the practice of drawing the boundaries of electoral districts in a way that gives one political party an unfair advantage over its rivals (political or partisan gerrymandering) or that dilutes the voting power of members of ethnic or linguistic minority groups (racial gerrymandering). A basic objection to gerrymandering of any kind is that it tends to violate two tenets of electoral apportionment—compactness and equality of size of constituencies. (Britannica) 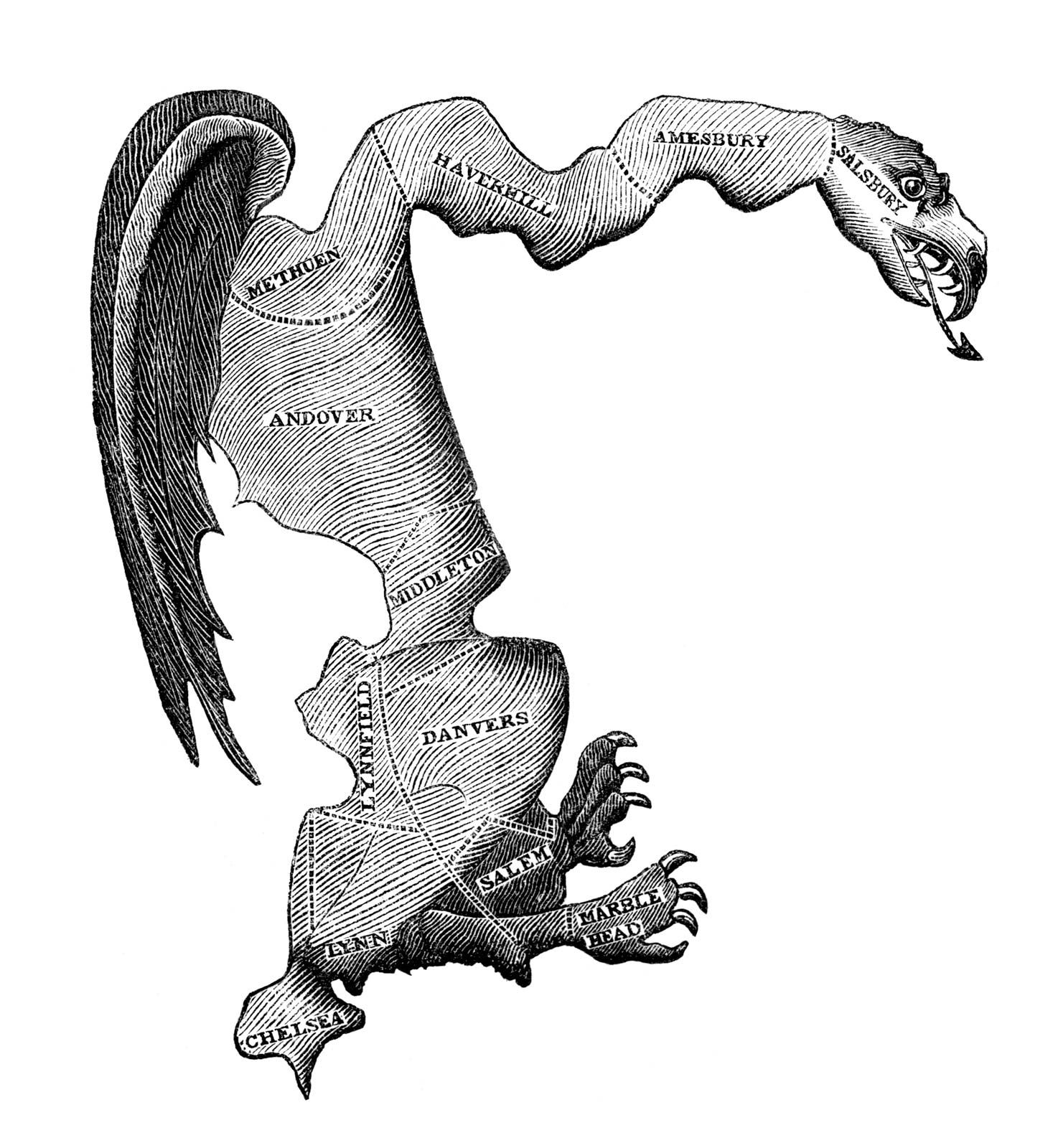 Gerrymandering /Films on Demand (E-resource, UC login required) Gerrymandering is defined as the carving up of a state into districts in a way that allows one political party to gain more clout than another. It has also been called the most effective way to manipulate an election's outcome short of outright fraud. Focusing on the fight to pass Proposition 11 - drafted to give redistricting power to a bipartisan rather than legislative group - this documentary explores the ethical implications of gerrymandering and looks at some historical examples of how the practice has been used.

Gerrymandering Is Destroying the Political Center: A Debate Does the practice of gerrymandering- dividing election districts into units to favor a particular group- subvert democracy by making certain congressional districts "safe" for one party or the other and more susceptible to extremist views? Some argue that gerrymandering has made American politics more polarized, pulling voters away from the mainstream and farther to the left or right. Others argue, however, that its impact is limited, and that various factors- talk radio, Internet "echo chambers," and weak campaign finance laws- are far more significant. Is gerrymandering destroying the political center?

How to steal an election: a visual guide