Among a few other options, you can perform a Title, Author, Keyword, or Subject search using the catalog. If you know the Library of Congress Subject Heading, you can perform a subject search by highlighting Subject. If you do not know the Library of Congress Subject Heading, it might be better to use the Keyword command. However, a Subject search displays a list of sub-headings, which you may find useful, and it can limit and focus your research. 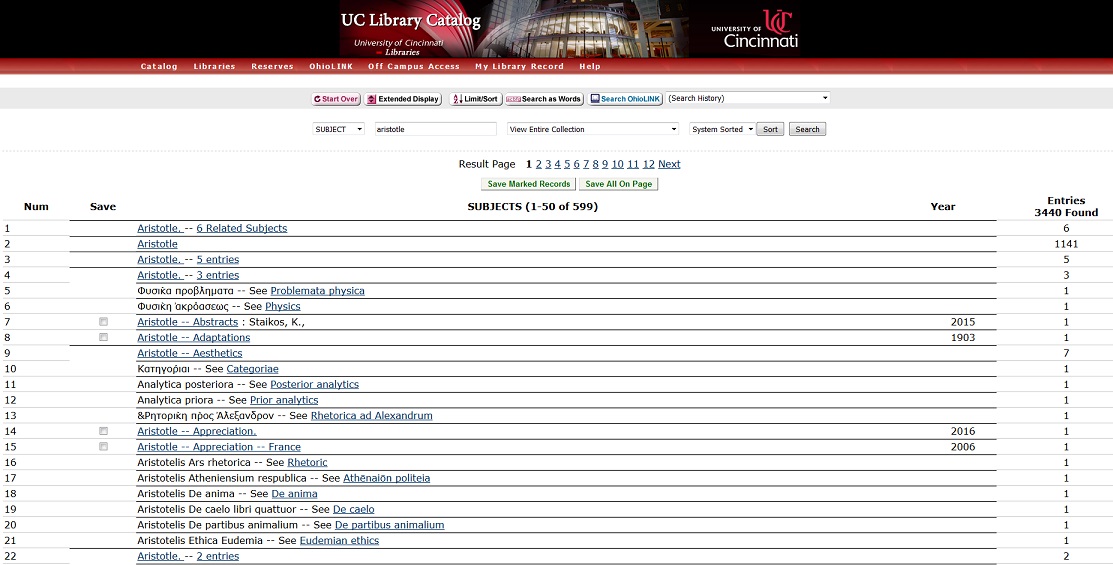 Some LC Subject Headings to use for our purpose include:

Strengths: Using the Library Catalog allows you to do subject and keyword searches. It lists materials found at the UC Libraries, and at a few non-UC libraries as well as links to a variety of resources at UC and within OhioLink (a reciprocal borrowing system among many Ohio research institutions such as Ohio State, Oberlin College, and others).

Limitations: It will not let you search for journal articles and displays only what is owned by UC and within OhioLink.

To view and listen to a video-recorded step-by-step Search in the Library Catalog, click on the right-pointing arrow in the second image below. 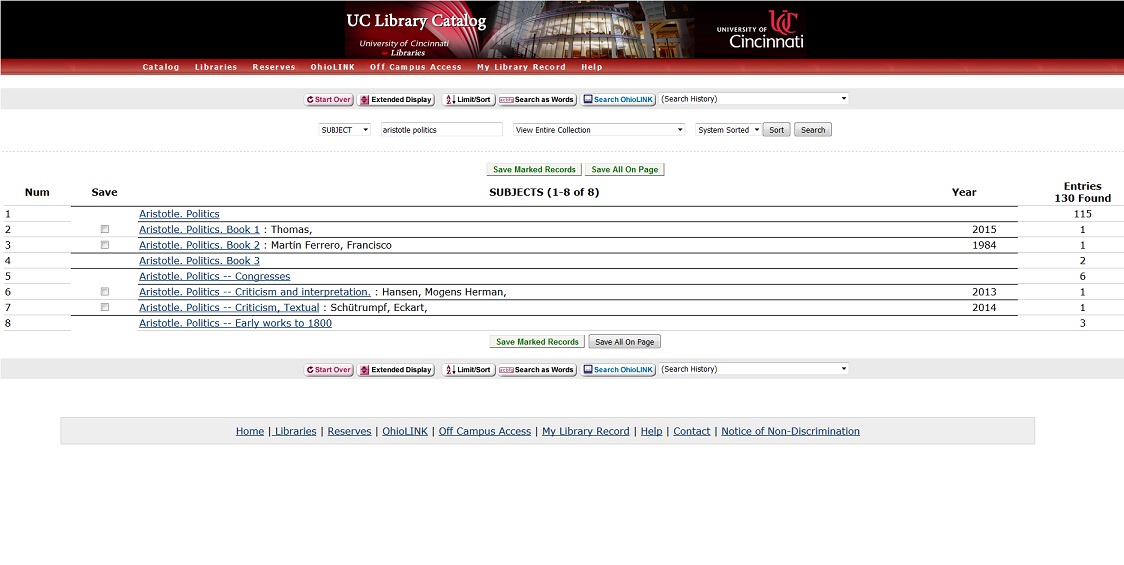 A Subject search on "Aristotle. Politics" in the UC Library Catalog yields such results as:

The following book contains a helpful bibliography on the subject of music theory in antiquity:

A Subject search on "Aristotle--Aesthetics" retrieves, for example:

You can also try the Articles+ option in the UC Library Catalog and perform a keyword search on “Aristotle AND Tragedy AND Music.”  This takes you to the Summon Discovery Service from ProQuest, which offers a kind of Google search that locates full-text articles on websites and in library and publisher catalogs.

Performing this search in Summon finds, for example, the following recent full-text articles, potentially useful for our purpose:

For items held by other research libraries in the country, which you can request through Interlibrary Loan (ILL), you may consult WorldCat, the world's largest network of library catalogs:

Keep in mind that unlike many other libraries in the United States, and especially around the world, to physically browse the stacks is virtually impossible or at least a challenge, either because the stacks are closed to the public or because the materials in classical studies are housed in various libraries. In the UC Classics Library, however, browsing is still possible and an enjoyable experience that can lead to many important serendipitous discoveries. Try it!