Databases can either have a very basic search function or be quite sophisticated. The latter will allow you to, for example, search by year, type of publication, language and to use so called Boolean operators such as "AND" (combining concepts) and "OR" (searching either concept) to refine your search. Consult the help screen of each database. If “Boolean operators” (keyword combinations) can be used, some suggested combinations for our purpose may include:

“Aristotle AND (tragedy OR drama)”

“Aristotle AND (tragedy OR drama AND music)”

“Aristotle AND (sense perception OR aesthetics)”

“Aristotle AND (ethics OR ethical behavior)”

“Aristotle AND (mimesis OR representation OR imitation)”

“Aristotle AND tragedy AND (catharsis OR katharsis)”

You may also choose to expand your search to include a comparison with Plato or with Aristotle's own discussion of tragedy in his Poetics:

“Tragedy AND (Plato OR Aristotle)” 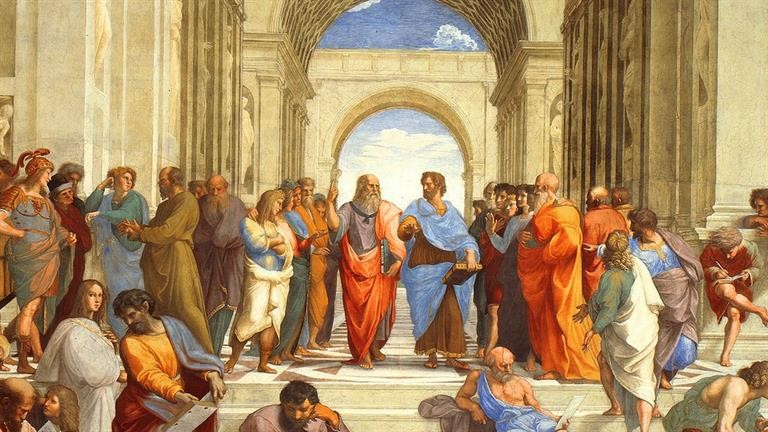 Other search words include: theater and Greece (or theat* to allow for both the American and British variant spellings).

Note: You have to consult the help screen of each database to find the truncation symbol used. In some databases, such as the PHI (for searching Latin literary texts), you choose prefixes or suffixes instead of truncation symbols and the online TLG (for searching Greek literary texts) where you click on a wildcard option for inflected (declined, conjugated, derived, or dialectical) forms.

You may also wish to consult the following databases for additional citations: 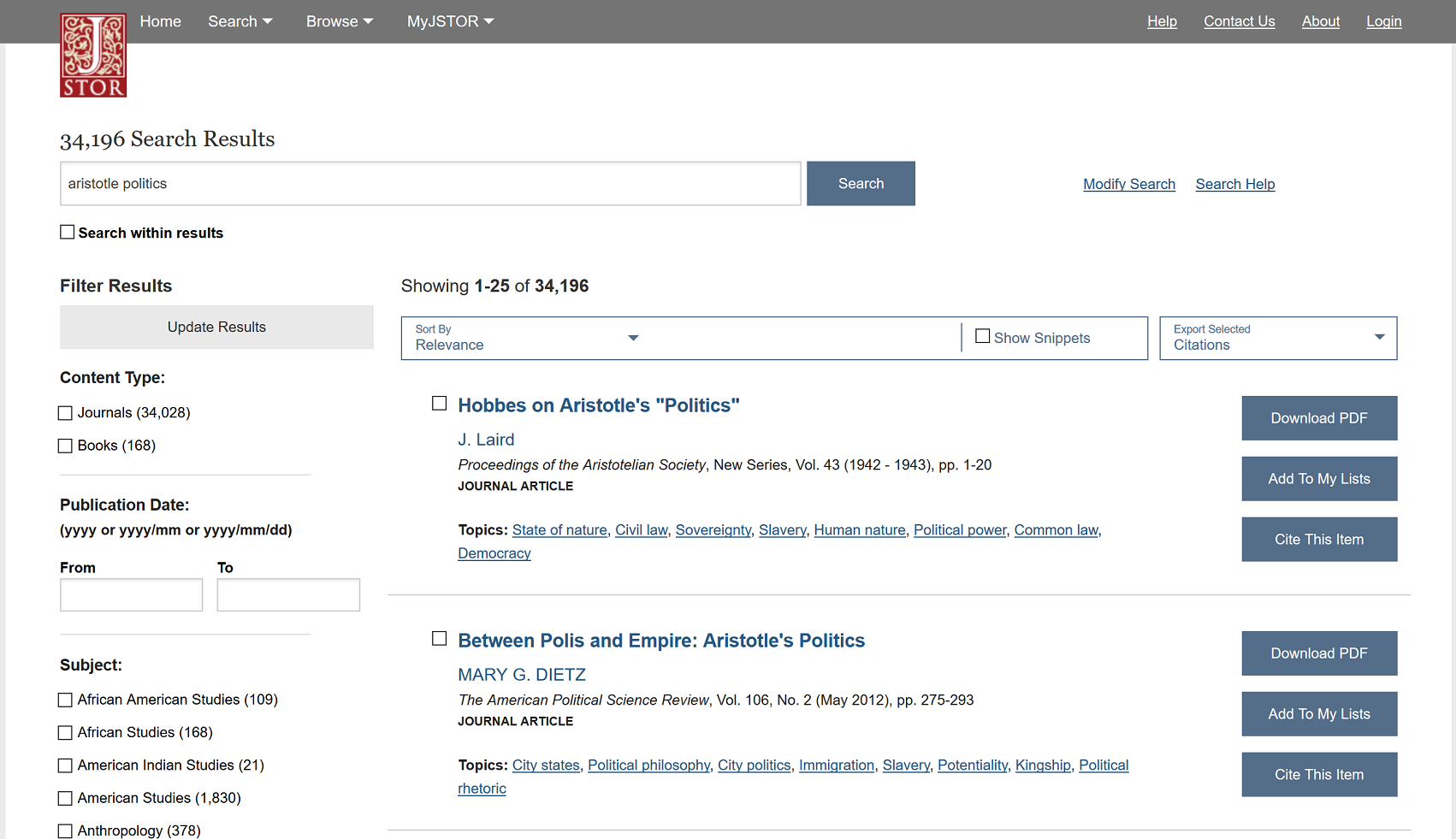 Examples of citations found when searching on “Aristotle AND Music”:

Examples of citations found when searching on Aristotle AND (tragedy OR music) or other keywords (see suggested list above):

Example of a citation found:

Note: In the following three music databases the keyword “music” is superfluous since these resources would only index music related works.

Note: You are expected to read broadly also “around” your topic(s). Even if the sources on Aristotle were not to contain words such as “music” or “tragedy” or other keywords you have tried in the title, you may still find that they are exactly what you need for your paper.  Be creative and think beyond exact phrases.