Researching in the Performing Arts @ CCM

History of the CCM Library

A HISTORY OF THE ALBINO GORNO MEMORIAL LIBRARY / CCM LIBRARY 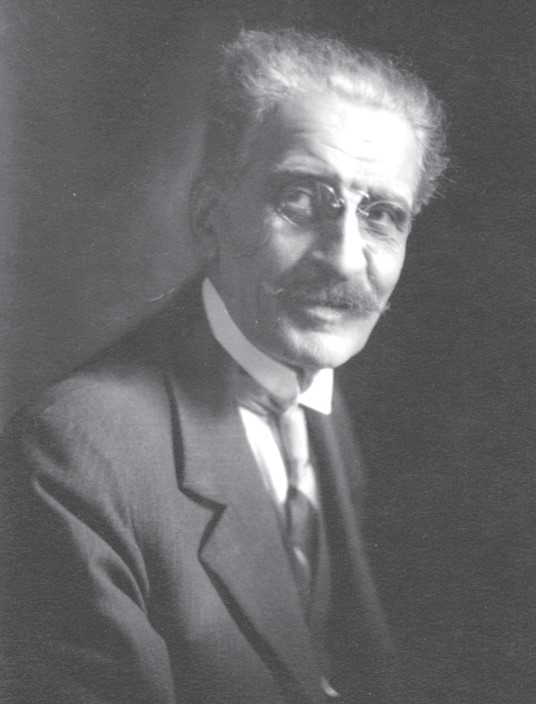 The Library was named after Dr. Albino Gorno (1859–1944), a professor of piano and Dean of the College of Music of Cincinnati for over 40 years. Born near Cremona, Italy, he was selected in 1881 by the renowned opera singer Adelina Patti to serve as her accompanist on a five-month tour of the United States. The following year, he was engaged by the College of Music as principal of its piano department, and he served there as a faculty member for 62 years. His brothers Romeo and Giacinto were also faculty members at the College, a piano professor and a vocal instructor, respectively.

The Albino Gorno Memorial Library of the College of Music was dedicated on May 31, 1949. There is no record of the size of the Library then, but from evidence in the current collection, it consisted primarily of basic materials often obtained through donations. After the 1955 merger of the College and the Conservatory, contemporary photos show a library along with modest record-listening facilities. 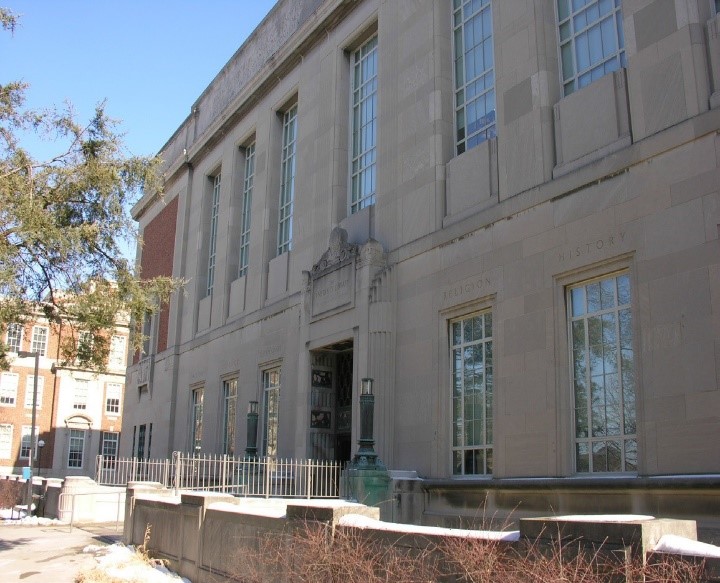 Serious collection development in the Library began in the late 1960s, after a permanent building for the College-Conservatory had been constructed on the University campus. A small library facility was provided on two floors in the former Mary Emery Hall. At that time, the collection consisted of 4,500 cataloged items (books, scores, record- ings, microfilms). During the 1960s and 1970s, however, the collection underwent tremendous growth and by 1983 the Library had outgrown its space in Mary Emery Hall.

Fortunately, space had just become available on the fourth floor in the adjacent building. The Carl Blegen Library had served as the main campus library from 1930 to 1978, when the Langsam Library opened. At that time, the Blegen Library was renovated to house several libraries with specialist collections. 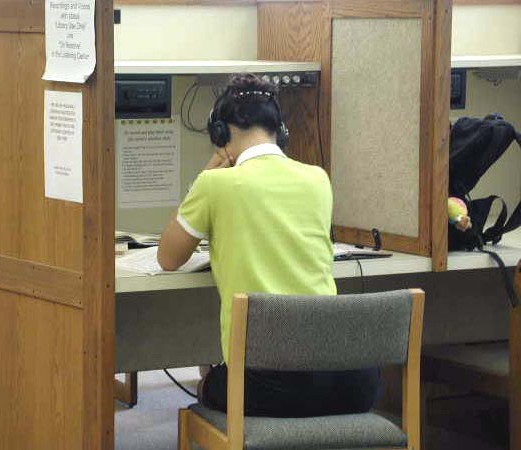 The move of the CCM Library to the Blegen Library fourth floor in 1983 saw the installation of a state-of-the-art listening center with an audio playback system where library staff handled LP records for patrons in order to minimize wear and tear and could connect any audio source to any listening carrel. Soon playback equipment for compact discs was added. This audio system, designed and installed by American Audio Systems of Madison, Wisconsin, was inspected by music librarians from all over the United States, many of whom installed similar systems at their own institutions. In 1997, twelve computer workstations were added (with MIDI keyboards), providing access to the Internet, as well as music composition, ear-training, and choreography software. 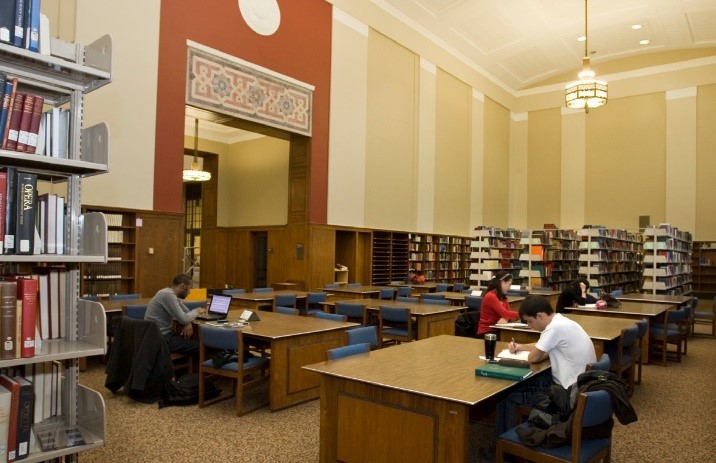 Since its 60th anniversary in 2010, the CCM Library has been located on the Blegen Library sixth floor in beautiful quarters. The spacious entrance atrium presents a convenient single-service point Circulation Desk. Display cases feature special collections items, notably the 16th-century illuminated manuscript choirbook, the Spanish Antiphoner. The main Reading Room recaptures the grandeur of the original 1930 library with its high ceiling, classical pillar effects, chandeliers, and paneling. The statues on high pedestals are from the Shillito Mansion (no longer extant), former home of the Conservatory of Music. "Music in the CCM Library" concerts are given occasionally in this space, using the 1890 Steinway piano that was a gift to CCM.

The CCM Library serves the research and instructional needs of the students and faculty of the College-Conservatory of Music (CCM) at the University of Cincinnati, focusing on materials that support CCM-related areas of music, musical theatre, dance, and some aspects of theatre and drama, while Langsam Library holds materials that support theatre and media production.

In parallel with the UC Libraries’ mission, the CCM Library aspires to empower discovery, stimulate learning, and inspire the creation of knowledge as the hub of collaboration, digital innovation, and scholarly endeavor for the CCM community.